The VFM Board of Directors is currently seeking to fill four vacancies. Interested candidates must be members of VFM for at least 30 days prior to the upcoming AGM and must contact VFM’s Nominating Committee by May 28, 2021. See the 2021 Board of Directors Call for Nominations for more information.

Current Board of Directors 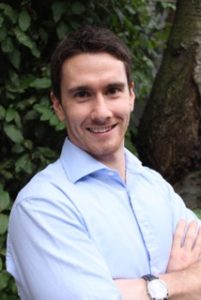 Jeremy Douglas – Chair
Jeremy has focused his career on building strategic, creative and sustainable partnerships that increase the capacity and impact of non-profit organizations worldwide.

He is currently Vice President of Development at Ocean Wise, a global conservation NGO and parent organization of the Vancouver Aquarium. He oversees external funding and government relations – working closely with policy-makers, business leaders and major philanthropists. He developed the successful Plastic Wise initiative and has been involved in various plastics roundtables, workshops and speaking engagements.

Before joining Ocean Wise, Jeremy held similar roles at the David Suzuki Foundation, BBC Media Action, and Action for Children – and spent a year living on a remote atoll in the Marshall Islands. He is also currently a board director at Vancouver Farmers Markets and Leading Change.

Jeremy has an MA in Cultural Studies from Goldsmiths, University of London, and a BA in Philosophy from the University of Western Ontario. 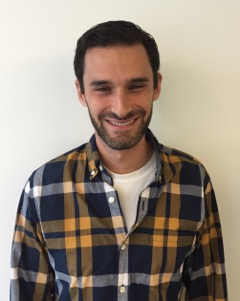 Jesse Halperin – Vice Chair
Originally from the Toronto area, Jesse came out west for school ten years ago and never looked back. He moved to Vancouver in 2008 and works as a lawyer, advocating and negotiating on behalf of companies, organizations and individuals in various litigation disputes.

Since discovering the array of farmers markets in the Vancouver area, there is little Jesse looks forward to more than getting out to one (or more) of the markets on the weekend – rain or shine. Although he has no previous board experience, Jesse is a fast learner and is organized, diligent and efficient. Most importantly, he is extremely eager to make a difference on the Your Local Farmers Market Society board.

In his spare time, Jesse loves to cook, ride his bike, and work his way through his ever-growing list of the city’s newest restaurants. 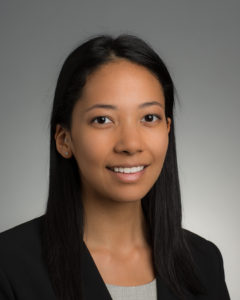 Lauren was born and raised in Vancouver and is passionate about fresh, healthy food. She lives a primarily plant-based lifestyle and as an avid home cook, is an advocate for using the best locally-grown and seasonal ingredients available. For her, the Vancouver Farmers Markets represent an essential connection to BC farmers and the best year-round source for delicious, sustainably grown food for all  Vancouverites.

A regular at the Vancouver Farmers Markets, she has watched the organization grow from one weekly market to a thriving, multi-market artisan food and craft experience which is an integral part of Vancouver’s identity as a community.

Lauren works as a lawyer at the Vancouver office of Blake, Cassels & Graydon LLP. She regularly advises public and private companies in connection with complex transactions, the negotiation of contracts and corporate governance matters. Lauren also has experience in marketing and advertising, brand management, public relations, event planning and fundraising initiatives. Lauren has a degree in commerce and marketing from the Sauder School of Business and a law degree from Dalhousie University. 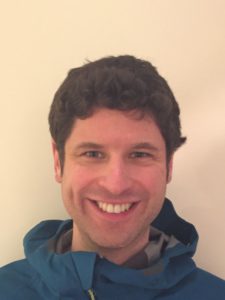 Originally from Edinburgh, Scotland, Ally is a chartered accountant with extensive experience working across a wide range of industries. He spent ten years with Ernst and Young, in London, UK and Vancouver, supporting startups to large multinationals. Ally has spent the last 3 years at Lululemon, and is currently a director in the finance department, providing guidance on finance and accounting matters.

Ally is passionate about the farmers markets’ goals of supporting our farmers and producers around Vancouver, and building the community atmosphere which enhances our neighbourhoods. As an avid cook, he recognizes the ability to source incredible organic and delicious food across the whole city is something that requires the continued amazing commitment from all of those involved in the markets.

He enjoys visiting his local West End market or cycling further afield to visit others with his young son. He is particularly excited about being able to bring his financial experience to ensure that VFM can maintain a stable base that will allow it to continue to flourish for many years to come. 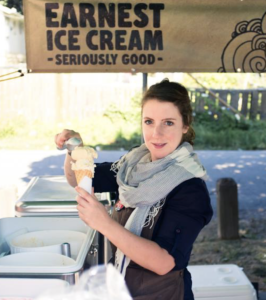 Erica Bernardi
Erica is co-owner/co-CEO of Earnest Ice Cream, a company started with her business partner in 2012. Earnest was launched with just the two of them, an ice cream tricycle and the help of Vancouver Farmers Markets as their main retail outlet. Earnest has now grown to 4 scoop shop locations, a number of wholesalers around the lower mainland and over 100 employees. It’s a values based business – who cares about good food, environmental and social justice and each other. Earnest Ice Cream strives to incorporate their values into every decision  made and how it operates as a business. Earnest has earned many accolades and awards since its inception, BCFPA Sustainability Award 2018, BCFPA Product of the Year – Honorable Mention 2018, Vancouver’s #1 Ice Cream – Georgia Straight (2016, 2017, 2018, 2019),

Previously, Erica worked in a variety of fields and positions – Project Management, Sales & Advertising, Marketing, Farming and Co-ordinator of the Vancouver Fruit Tree Project. As a market vendor and entrepreneur, she brings a different perspective and range of experience to the Board. Erica is passionate about local food systems and believes the VFM plays an integral part in supporting this crucial network. 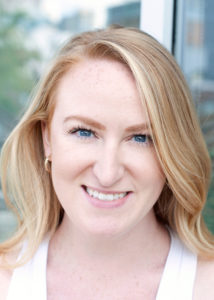 Elyse Crowston
Elyse is an enthusiastic convenor, connector and passionate advocate for solutions for a sustainable future. As Director of (Impact) Investor Relations, Elyse ensures that the Rhiza community of investors is growing, informed, and impactful. Elyse safeguards the critical relationship between fund and partner, and cultivates a culture of trust that is critical to our success.

For the past four years, Elyse worked with Renewal Funds, Canada’s largest and pioneer mission venture capital firm. As is the case for many in the impact space, Elyse wore many hats at Renewal – and was largely responsible for keeping a diverse and engaged group of investors connected to the fund mission, and amplifying their success in service of growing the impact investment sector. Before Renewal Funds, Elyse led the Donor Relations department of Ecojustice, Canada’s largest, non-profit environmental law firm. Elyse holds a BA in Environmental Geography and Policy from the University of British Columbia, with a minor in Mandarin. Elyse serves on the Board of Vancouver B Corps (B Local) as communications and events Chair, and is the Chair of Western Canada B Corp Leadership Development (BLD) conference; Elyse was also named a 2020 Clean50 Emerging Leader. 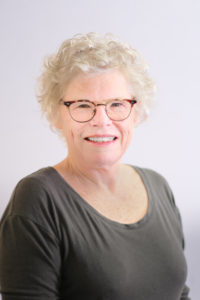 Joanne MacKinnon
Engaged in food security and the local food movement for 14 years, Joanne works for Little Mountain Neighbourhood House (LMNH) as the Community Engagement Coordinator and at CCEC Credit Union in Member Relations. As the steward for the Riley Park Community Garden, a food sustainability project of LMNH, she builds allyships to increase our community capacity and resilience. As a former volunteer with Slow Food for 9 years, she feels allied with farmers and teaching co-consumers where their food comes from and who is growing it. She attended Terra Madre and Congress during the time she chaired the local slow food group. During this time, she was involved with starting the slow food cycle tours in the Fraser Valley and the Bike the Blossoms event in Vancouver.

The Garden’s partnerships, that include the Riley Park Farmers Market, has created an inclusive gathering point that reflects our core visions to improve food security, ecological sustainability and community development. Joanne wants to bring this perspective and experience to her role as a VFM Director. 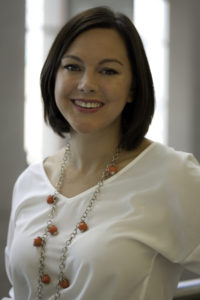 Jenny Marsh
Jenny is the Executive Director of the Vancouver Public Library Foundation, where she leads fundraising initiatives including the current Storeys that Transform capital campaign to expand and enhance Vancouver’s Central Library.  She is passionate about building connected, creative, and sustainable communities.

Prior to her role with the Library, Jenny was a major gifts fundraiser in the Faculties of Medicine at UBC, and further back in time, worked as an account manager with marketing agencies in Vancouver and Tokyo.  She grew up surrounded by the berry fields of the Fraser Valley and has loved growing, preserving, and preparing food since childhood.

Jenny has volunteered with a number of organizations including Farm Folk, City Folk and Slow Food Vancouver. She spent several months in residence reconstructing what is now the Ecovillaggio Torri Superiore in Liguria, Italy. She has been an enthusiastic customer of VFM (currently Riley Park) since 2005. 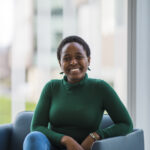 Njoki Mbũrũ
Njoki Mbũrũ is a grandchild of subsistence farmers who grow a variety of local fruits, vegetables, and trees in a village called Ol Rongai in Kenya’s Rift Valley region. She graduated from the Faculty of Land and Food Systems at the University of British Columbia with a Bachelor of Science in International Development. Informed by her experiences in Ol Rongai, and observations of the evolving political and environmental landscape in her birthplace, Njoki feels drawn to pursue a career in food and land policy and, community development. Over the past four years living in Vancouver, Njoki has immersed herself in community service, environmental and climate justice advocacy and, public speaking. Most recently, she completed a nine-month long policy program with the Vancouver Foundation where she published and presented a comprehensive policy brief titled “Anti-racist Approaches to Effectively Address Food Insecurity and Social Isolation among Indigenous and Black Seniors in Downtown Vancouver.”

Njoki’s hope is that as a member of VFM’s Board, she will support in ideating and facilitating policies, projects, and partnerships grounded in the recognition, celebration, and reverence of Indigenous and Black nature-stewards. She hopes that young, Indigenous and, racialized-immigrant folks feel more welcomed across all Farmers Markets. 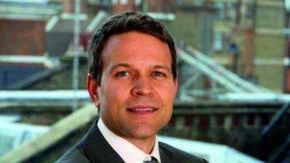 Michael Mortensen
For more than 20 years, I have planned and developed liveable cities. My experience includes a decade in the public service in community development, affordable housing, and urban planning, and another decade in the private sector where I have managed high performing teams developing transformative urban projects in Greater Vancouver and Toronto, and more recently in London and Edinburgh in the UK. My passion for liveable cities is also reflected in my personal life and in my volunteer work in a variety of community, leadership and mentoring roles.