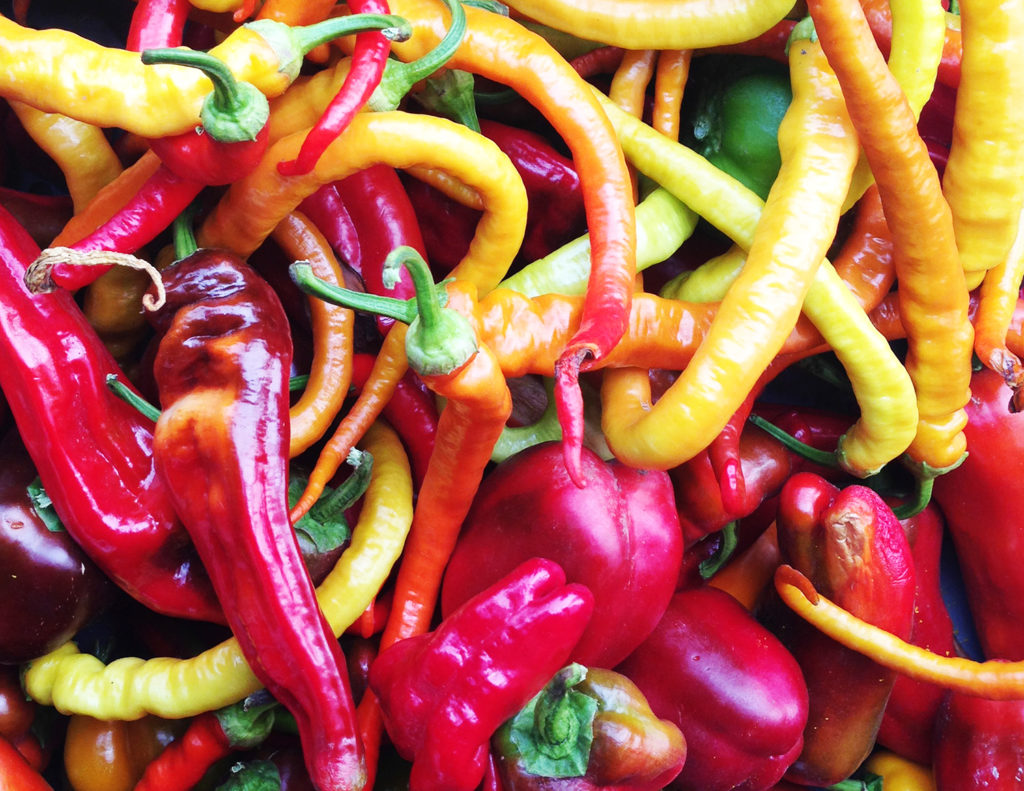 Peppers are stealing the show these days at the markets, appearing at farmers’ stalls in a rainbow of shapes and sizes, flavours and spiciness. As versatile as they are nutritious (they contain more than 200% of your daily vitamin C intake), peppers can be stewed, stuffed, sauteed, dried, or – our favourite – eaten raw like an apple. Char them outside on your barbeque for maximum flavour explosion served with a side of garlic yogurt sauce.

String them up for use later in the season – chili ristras make a colourful display in your kitchen and can be added to recipes all winter long.

Freeze them (no blanching required) after cutting them into desired portions. Best used in cooking, not eaten raw.

While peppers are found in many recipes, anyone who’s ever tucked into a bowl of Hungarian lesco or eaten chili rellanos knows that peppers can make for an amazing, stand alone dish.

This week’s In Season recipe, which comes from our friends at Vancouver-based design firm Danica Studio, incorporates both peppers and cherry tomatoes in a panzanella-style dish that serves up all the amazing flavours of late summer.