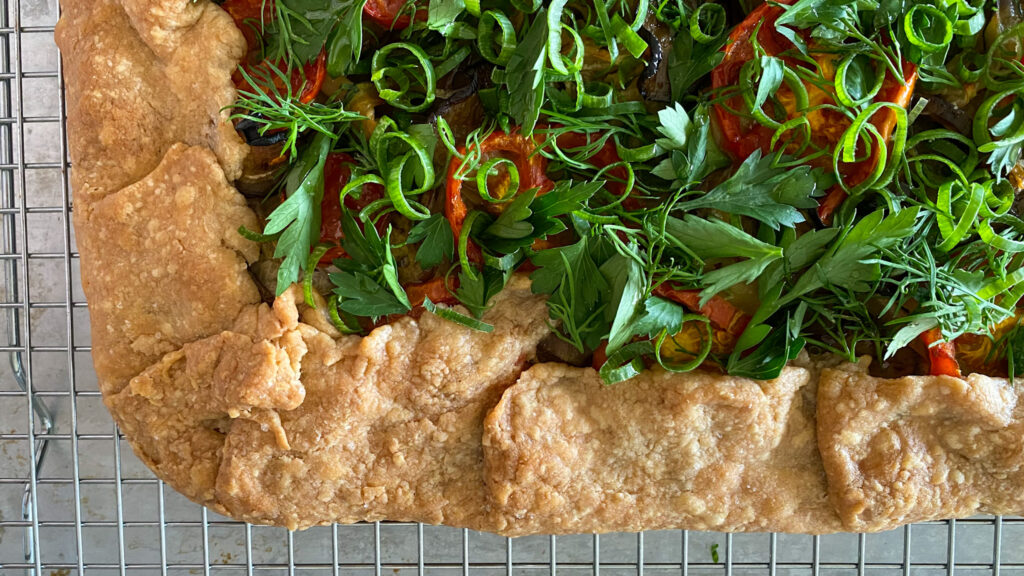 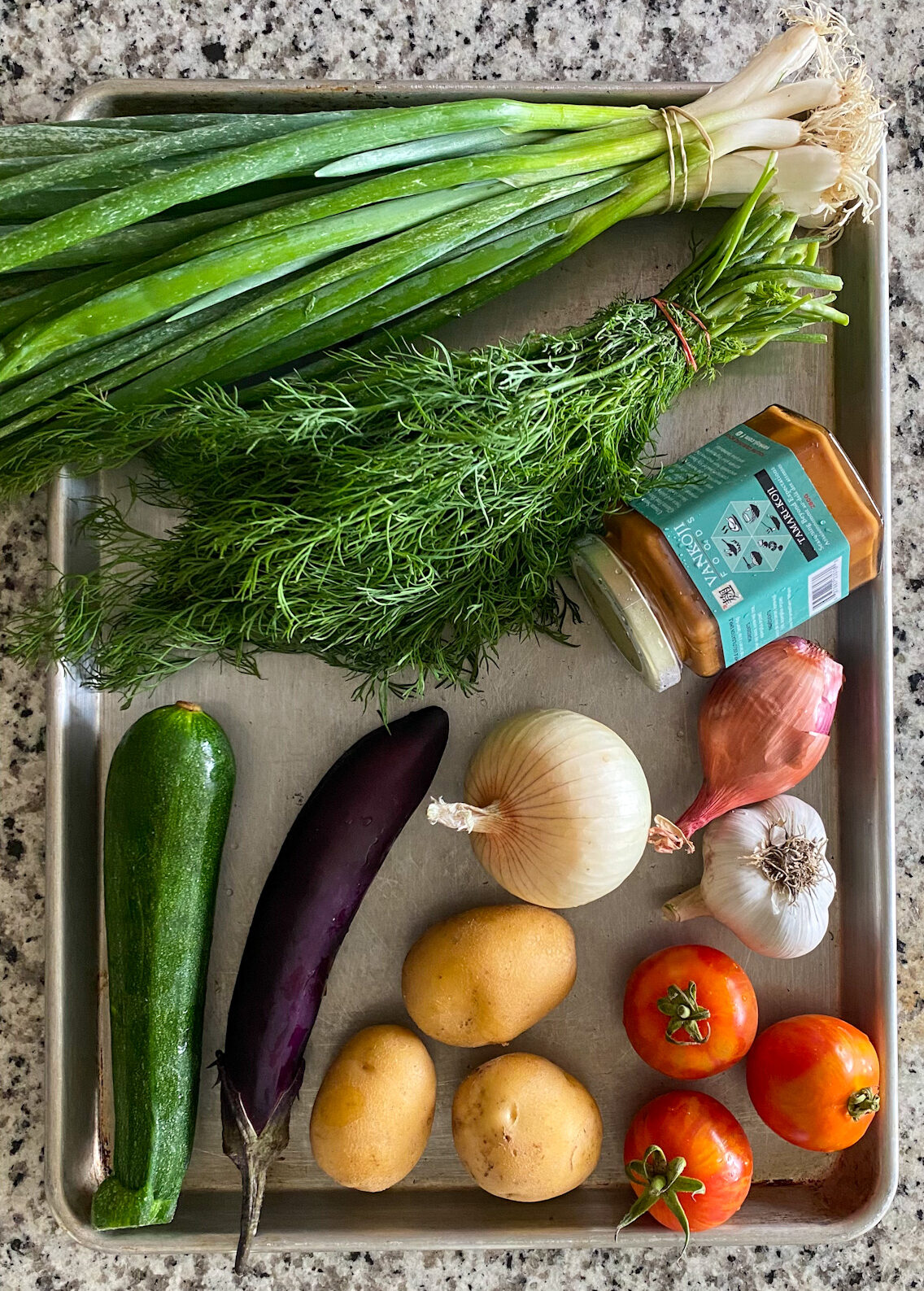 Karima Chellouf CNP is a chef, nutritionist and a self confessed ‘nerd’ for vegetables, local growers and producers. She created this delicious, super seasonal crostata with produce picked up at our new Downtown Farmers Market at šxʷƛ̓ənəq Xwtl’e7énḵ Square – Vancouver Art Gallery North Plaza.

Crostatas are perfect for all seasons – you can fill them with anything! This one is plant-based and a cross between a potato pizza and a quiche with incredible umami depth. It is bursting with fresh local ingredients including; BC Garlic, Tamari koji from VanKoji, Japanese eggplant, zucchini, heirloom tomatoes, and fresh herbs.

Ingredients for the Cheese & Herb Filling

Ingredients for the Vegetable Layers